Why is choosing organic important for your child?

Beansprouts only chooses organic and natural foods because...

to put it simply, organic food is a cleaner and healthier option for you and your children.

"First do no harm", this simple statement from the Hippocratic oath describes why choosing organic is so important.  As parents, we only want to protect our children from the second we know their existence in the womb to well, forever.  We tirelessly research the safest car seats, check the latest recalls on products, and get up throughout the night just to check in and make sure they are snug as a bug.

But when it comes to food, "First do no harm" is more critical than ever.  Our food supply has become seriously toxic laced with preservatives, artificial products, chemicals, and other additives that we can't begin to pronounce.  In addition we are now genetically modifying food and are serving it to the public as a huge experiment with incredibly harmful results.  In fact, infants and toddlers consume large amounts of GMO's in the form of conventional formula and the beloved toddler snack crackers and cereals.

The most important thing to understand about the toxins found in conventionally raised/grown food is that toxins build up in our bodies over time.  So the choices a parent makes in the early stages can affect how their child will feel 20, 30, even 40 years from now.

That's why Beansprouts is so different.  We only choose organic and natural foods that are free of genetically modified organisms (GMO's) and all the chemicals that come with conventionally raised/grown food.  Your little Beansprout will get all the nutrients they need from clean, fresh food made from mother nature, not a lab.

The Organic Trade Association defines "organic production as based on a system of farming that maintains and replenishes soil fertility without the use of toxic and persistent pesticides and fertilizers. Organically produced foods also must be produced without the use of antibiotics, synthetic hormones, genetic engineering and other excluded practices, sewage sludge, or irradiation." In addition, organic foods are minimally processed with no artificial ingredients or preservatives.

Choosing organic for your family helps to avoid added hormones, antibiotics, toxic pesticides, and genetically modified organisms (GMO's). Children are particularly susceptible to these exposures because they consume more food on a per-weight basis than adults do and because their bodies are still developing and maturing.

Here is just a sampling of the latest research and reports taken from Healthy Child Healthy World: 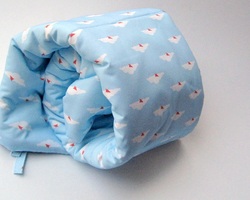 At Beansprouts you CAN have it all....

Why should you have to settle for anything less than the best?  You can have the best of both worlds...a chemical free safe environment with fresh organic real snack food AND early education to ensure your child is developing to their fullest potential in a super fun exciting way.

Space is limited.  Click here to schedule a tour and see why Beansprouts is rapidly becoming the #1 choice for families!